The Science Of Vibrators

What’s are ‘rumbly’ and ‘buzzy’ vibrators?

If only more people understood the science – there would be way less shame and way more orgasms!

If only more people understood the science of vibrators, there would be way more orgasms

To understand why vibrators feel so great, we need to have a firm grasp of female anatomy. This involves busting some myths that have been around for many years.

Learn about female anatomy and you’ll be rewarded with increased pleasure for you or your partner.

The clitoris is an iceberg, not a button!

In the history of sexual anatomy, the clitoris has long been rejected, disgraced, and misunderstood. As far back as 1545, when a French physician dissected this organ for the first time, he named it membre honteux — “the shameful member” — and declared its sole purpose to be urination. (1)

In the history of sexual anatomy, the clitoris has long been misunderstood

Viewing the female body through the male gaze (unavoidable when men have historically been the only ones allowed to study medicine and human anatomy) has led to the vagina taking prominence as the gateway to female pleasure. That’s because it’s the area these men were most concerned with.

Even though it is the most important physical aspect of female pleasure, the clitoris was largely ignored for centuries. Some in history went so far as to criticise women who enjoyed clitoral stimulation or experienced clitoral orgasms.

In fact, it wasn’t until 1998 that Melbourne born Urologist, Helen O’Connell published her ground-breaking medical paper and the true extent and purpose of the clitoris was first documented. (2)

The sole purpose of the clitoris is pleasure. There are two to three times as many nerve endings located in the clitoris than there are in a penis, and all female orgasms involve the clitoris.

When we talk about the clitoris, most of us think of that small, visible ‘button’

When we talk about the clitoris, most of us think of that small, visible ‘button’ that hangs out at the top of the labia. (This button, or glans, contains 8,000 nerve endings — that’s more than twice as many as the head of the penis!) And, while this definitely is the clitoris, it is by no means all of it.

The clitoris resembles a wishbone but the tip is the only part we can see. Under the pubic bone, the organ looks like a wishbone with a body up to four centimetres long.

Coming out of the body are legs, or crura, up to nine centimetres long, and also eggplant-shaped bulbs up to seven centimetres long. All these bits, O’Connell confirmed, are sensitive areas made of spongy tissue and become erect, just like the penis. (3)

In fact, it’s been suggested that 90 per cent of the clitoris is located internally.

Fun Fact: It can take up to 40 minutes for the clitoris to become fully erect – so it’s no wonder than women require more warm-up time and foreplay! You can help speed things up by using an arousal gel – this will help the clitoris become erect more quickly.

And, did you know it’s estimated that over 75 per cent of women require clitoral stimulation to reach orgasm? This is not so surprising now, given what we have just learned about the clitoris.

Yet, many women still feel a pressure to be able to orgasm from penis-in-vagina sex alone. ‘Vaginal orgasms’ are somehow seen as the Holy Grail by many – but why? Biology and science show us that this should not necessarily be the case, that more often than not, clitoral stimulation should be the main focus when trying to pleasure many a woman.

Furthermore, the vast majority of women require more than a few seconds of thrusting to reach orgasm.

Because it took us millennia to get past the assumptions of propelled by certain psychologists and doctors, to reach a complete anatomical understanding of the clitoris, we’re also still playing catch-up with clitoral pleasure.

In many cases, you have to understand — and pay a whole lot of attention to — your clitoris

But one thing we know for sure is this: In order to have a fun, fulfilling, orgasm-filled sex life as a woman, in many cases, you have to understand — and pay a whole lot of attention to — your clitoris.

And, if you have lovers or a partner with a clitoris, you’d better start paying attention too.

‘Rumbly’ and ‘buzzy’ are adjectives that the sex toy community invented. If you imagine it as a spectrum, rumbly vibrations (sometimes referred to as ‘thuddy’) reside on one end, buzzy on the other.

Buzzy vibrations are surface-level and shallow

The majority of sex toys fall on the buzzy end of the spectrum, especially battery-operated ones. Buzzy vibrations are surface-level, shallow, even sharp at times. Sometimes you can hear them more than you can feel them, and they tend to have a grating high-pitched sound, like an electric toothbrush.

Rumbly vibrations are deep, resonant and penetrating. They sound lower-pitched – more like a bass speaker. You can feel the vibrations more than you can hear the high-pitched sound (which makes them a great choice if you have roommates and thin walls!).

Externally, rumbly toys are able to send their lower-frequency vibrations further – and are thus able to stimulate the entire internal clitoris. Internally, buzzy vibrators can create a different sensation, because the high-frequency vibrations tend to stimulate the very top layers of skin and nothing further. A rumbly vibe used internally is going to feel deep and sensual, like a massage chair.

You can feel the difference between rumbly and buzzy vibes by holding them in your hand. The vibrations coming from a rumbly vibe will resonate from within the body of the toy, rather than at the surface.

Which one is better is a personal choice, and you may even prefer different sensations on different occasions.

Because of their dedication to pleasure for women, by women, and based on actual female anatomy, Je Joue designs its toys with the clitoris in mind. Je Joue has created its own unique motor, that has been designed to vibrate at an incredibly low frequency. This is what powers the deeper, richer sensations inside their rumbly toys. Deeper vibrations cause deeper orgasms; superficial vibrations cause superficial orgasms.

Now that we have an understanding of just how large the clitoris is — and how much of it is hidden from view — it makes a lot of sense that just focusing on that ‘button’ alone misses out on much of the clitoris’s potential for pleasure. This is why Je Joue’s subwoofer-style vibrations are so effective — and feel so good. Je Joue bullets aren’t just stimulating the button— they’re stimulating the whole iceberg. 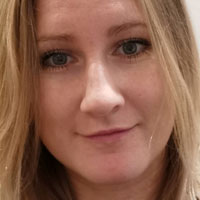