Your secret to looking and feeling radiant

Yes, this really is a 60-second solution for glowing skin and there’s not a single beauty product in sight.

You’ve heard of that post-coital glow, well, this will give it you, whenever and however you want, even on your own.

Air Pulse Technology designed to stimulate the clitoris can also be your skin saviour, thanks to its unexpected beauty benefits.

Just ask Carly Sophia; the skincare and cosmetics reviewer and ex-model swears by it.

Every single day I’ve applied it, people have stopped me in the streets to ask what’s on my skin

“I’m not even kidding when I say that every single day I’ve applied it, people have stopped me in the streets to ask what’s on my skin,” says @_carly_sophia_.

Discover the power of air waves

“Less than 60 seconds in, the first wave hit me like a truck. Then another minute later, the next,” she said of her experience with the Satisfyer Pro 2.

Satisfyer toys boasting Air Pulse Technology feature a round opening that users place over their clitoris until a gentle seal is formed. When the toy is turned on, the technology sends pressure waves at various strengths and intensities, resembling the sucking and massaging sensations of oral-like activity.

Now, bodies with a clitoris can let a partner in on the action with a best-selling toy from Wild Secrets’ own brand and powered by Satisfyer.

Envy is a clitoral stimulator harnessing Satisfyer’s Air Pulse Technology with the further benefits of vibration for enhanced sensations and a compact, ergonomic design that’s easy to use alone as well as during partnered sex.

If you’re experiencing the widespread orgasm gap between him and her during sex, Envy may just be your solution

So, if you’re experiencing the widespread orgasm gap between him and her during sex, which exists largely because the clitoris is neglected, Envy may just be your solution. The beauty benefit of enjoying clitoral toys with Air Pulse Technology is a bonus.

What’s happening below the surface?

When we orgasm, our bodies release the love hormone. This reduces the amount of cortisol, a stress hormone, in our system – and we all know how stress can age us.

So, it makes sense that regular orgasms can make us look good, and younger in fact, according to long-term research. (1)

There are also other factors at play, including the fact that orgasms increase levels of oestrogen, which helps to maintain skin collagen, as well as blood circulation, which assists with stimulating and repairing collagen. (2)

Envy empowers bodies with a clitoris to, in most cases, orgasm, quickly, easily and intensely. The partner-friendly design that allows it to be used during foreplay and sex is really the icing on the cake.

For those wanting to add the cherry on top, try Envy with Wild Secrets Sensual Arousal Gel for the soothing yet tingling stimulation of aloe leaf juice, menthol and peppermint oil.

You can also use Envy with some water-based lubricant, to help create a stronger seal. Just remember to sanitise it with toy cleaner before and after use. Pro tip: go for Wild Secrets Misting Toy Cleaner, because you can also use it to freshen you intimate areas.

And there you have it, amazing skin and amazing orgasms all from the same technology! 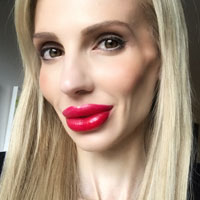