Bondage is something everyone knew about. Or thought they knew about. Even before 50 Shades of Grey became an overnight sensation, most people had an idea in their heads as to exactly what bondage is. We’ve seen it represented in books, movies, and even music videos. Some of us may have been exposed to bondage in media at one point or another.

But that’s just part of the picture. Bondage covers a lot of ground, and a lot of different practices and techniques. At the same time, bondage is also very personal. What one person likes might leave someone else cold. Working out what works for you, and your partner, is a journey of discovery. Working out where to start may seem like a challenge, but it doesn’t need to be.

And it’s fun too! So let’s get started.

Bondage is essentially consensual restraint. The word itself has an interesting history – going back to medieval times, no less – but that’s what we’re talking about here.

At its simplest, bondage can mean holding someone down during sex or foreplay. At its most complex it could mean intricate rope techniques such as shibari, or an array of cuffs, chains, straps, or more.

That said, bondage is something you can enjoy bondage without any of the other aspects of BSDM. Many people do! But for others they’re all quite interlinked, and some aspects may even extend outside of the bedroom. Perhaps you like the idea of wearing a piece of jewellery or even a collar to show your submission to your partner. Many people do, but that kind of power play is for another post.

Bondage doesn’t need to be a sexual thing, either. It can just be a great physical experience and a different form of sensory pleasure. For many people, though (including me!) bondage and sex fit perfectly together.

For now however, we’re focusing on the bondage and restraint aspect, and how to engage with it safely. Your imagination may have jumped ahead, but let’s cover the basic mechanics and safety issues first!

“I love feeling both enticingly helpless, and also remarkably safe at the same time” – David Hollingworth

Ask five people why they like bondage and you’ll get five different answers. Even when you set aside the difference between being the one bound and the one doing the binding, the experience is a deeply personal one.

Speaking for myself, I quite enjoy being bound. I do enjoy binding others, but at heart I’m definitely more submissive. The sensation of being bound triggers a lot of feelings for me. I love feeling both enticingly helpless, and also remarkably safe at the same time. Folks who enjoy serious rope work and other forms of heavy restraint sometimes liken it to a good hug. A more extreme version, sure, but just as comforting.

And while bondage is not necessarily sexual, as we said, for many it is an intense turn on.

Bondage also heightens sensation. Imagine being gently tickled while sitting on the couch. Now, imagine what that might feel like if your hands were bound to your bedhead. I guarantee you may have just shivered a little bit thinking about it! Even a gentle touch or caress feels more intense when you know you can’t move away from it.

For me, bondage is also a lesson in delayed gratification. Being bound denies you what you want, namely to touch your partner – or even yourself! It can be delightfully frustrating to not get what you want, and delicious when you’re finally given it. This kind of tease, denial, and release is a common part of kink and bondage play.

Now imagine all the above… and add a simple blindfold. Denied sight, every sensation is now that much more intense. And every touch harder to anticipate.

Above all, bondage and is intimate. You’re giving yourself up to your partner and trusting in their care. This can build some intense emotions. Incidentally, this is one of the reasons aftercare is so important following any session of play.

I’ve described things from the point of view of the person being tied, but it’s just as enjoyable being the one doing the tying. Even if you’re not into the dominant aspect of it, being able to give your partner such intense pleasure is hugely rewarding. It can also be a pretty big turn on, too! And if you like the idea of being in control, restraining your partner is one of the best ways to enjoy that sensation.

Before we start: Bondage safety tips

Let’s talk about some simple bondage safety tips before we let ourselves get too helpless. We’ve touched on some of these before, but they bear repeating:

That may seem like a lot to take in, but there are three words that sum it all up. Keep your play safe, sane, and consensual at all times. Keep that in mind and you’ll be fine.

Getting started: Bondage for beginners

It may surprise you, but you probably have all that you need in your house already. Neck ties make remarkably sturdy restraints, so long as you don’t mind wrinkling your favourite paisley number. Scarves can make for a luxurious option, and silk scarves make very good blindfolds. In fact, even with a room full of various cuffs and restraints, I still use scarves myself! Stay away from stockings or anything similarly elastic. Stretch material can tighten unexpectedly under pressure, increasing the chance of accidentally cutting of blood flow and doing physical damage.

Before you start, make sure you have your safety shears handy – and within reach of everyone involved. Make sure the person being bound knows where they are before covering their eyes and it’s probably worth mentioning that you should never use anything you’re not willing to cut up to get someone free in a hurry.

If you’re not using dedicated bondage equipment, you’ll have to tie all the knots yourself. I recommend starting with a simple wrist tie – binding your partner’s hands together in front of their body – especially if both of you are inexperienced. Just wrap your restraint around their wrists a couple of times and tie a knot.

Most rope users go with a square or reef knot. It’s elegant, unobtrusive, lays flat and is pretty easy to release. As a first knot though, it’s easier to go with a simple bow – just like your shoelaces! Bows have the benefit of being something familiar already, and being really simple to release with a single pull. This is especially important if you’re using anything made of silk. Silk feels good, but can compress when pulled tight, which can make other knots difficult to untie.

Binding wrists in front of the body means the person being tied still has their hands where they can see and use them. They’re not nearly as helpless as they would be if their hands were bound behind their back, or tied down to something, which is especially comforting if you’re both exploring the sensations to see what like. You can always work up to more intense bondage later! You’ll still feel some degree of restriction in this position though. If you’re the one being bound, you’ll be able to touch yourself or your partner, but each movement will make you very aware of the fact that you’re in bondage. You’ll still be able to move around, but it will be a little harder. If you’re the one doing the binding, you can hold your partner’s hands above their head, or if you want to play with some power play and domination, simply tell them to keep them in the position. I guarantee you that even something this simple can have a thrill all its own.

This simple position has the added advantage of being quick to get into and out from. And it still leaves the one bound with all their sensory faculties.

Do I need dedicated gear?

The main advantage of using things you already have is they’re cheap and readily available. It’s possible to spend hundreds, even thousands of dollars on restraints. And while I think they’re worth the investment, you may want to keep things simple until you’re comfortable and confident that you do in fact want to go further. And you can do a lot with simple scarves and ties.

There’s no denying though, that gear made for the purpose of restraint is not only easier to use, but also a lot sexier. It’s something designed for that one thing, so when you bring it out, it has an immediate effect on everyone in the room.

If you do enjoy the flexibility and artistry of actually tying someone up, you may want to consider rope. You can grab some from a hardware store if you want, but you can also get rope made with bondage in mind. It’s often referred to as Japanese rope, after the very advanced art of shibari, but it can be used for simple ties too. And it’s a lot easier on the skin.

Maybe you like the restraint part of using scarves, but want something a little more… rigid. Cuffs of all kinds are available, from police-style hand-cuffs to ones made from leather or latex, or even vegan leather.

You can even pick up starter sets with cuffs that use velcro rather than buckles. These sets make for very easy-to-use, effective restraints that you can use in a variety of ways. Some even come with other accessories like blindfolds and floggers. This is a great way to expand your play experience without breaking the bank.

The important thing to remember is that everyone started out somewhere, and that you can make some simple household items go a long way. When you do want to upgrade, there are a lot of options, but some simple toys and restraints are a good place to start.

Just remember those three words: Safe, sane, and consensual, and you’ll be fine. 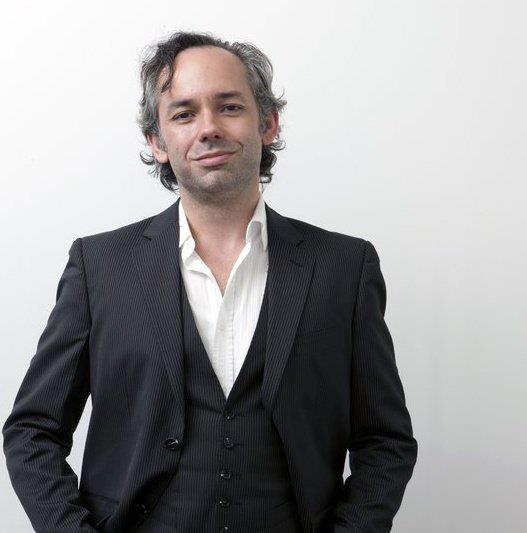